Home » Around the World » FIRECRACKER: Car Make Rasty’s 86 at the HKS Meeting

I was out at Fuji Speedway last weekend for the HKS Meeting, and saw that Rasty were out there with their current demo car, which holds the record for the new 86 at Tsukuba with a 57.972 lap.

They were there to challenge a lap time the substantially larger Fuji course, so I thought I’d follow the car along during the day to see how it turned out. 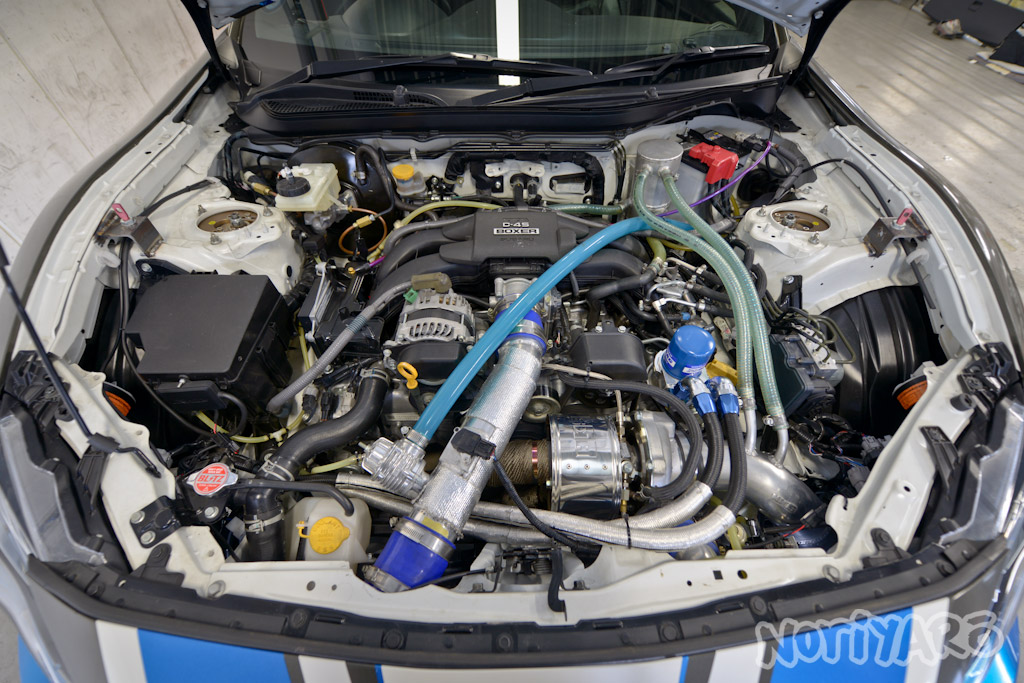 The engine is still a FA20, with the only other change being custom-made pistons. 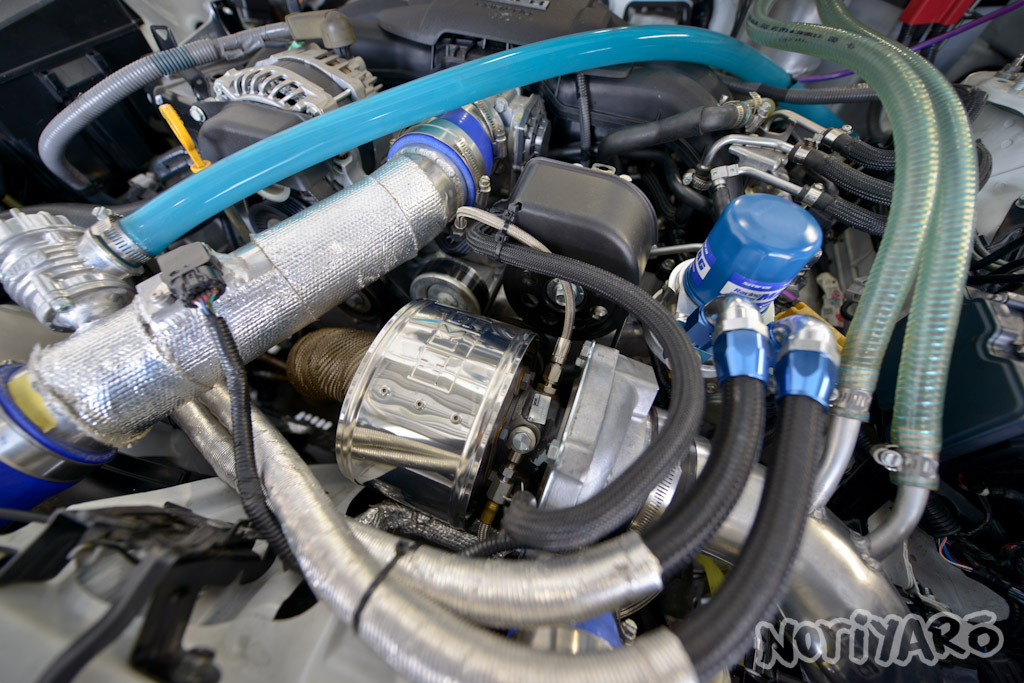 The turbo is a hybrid Garrett/HKS GTX3076 turbo running 1.7kPa boost on an external wastegate. 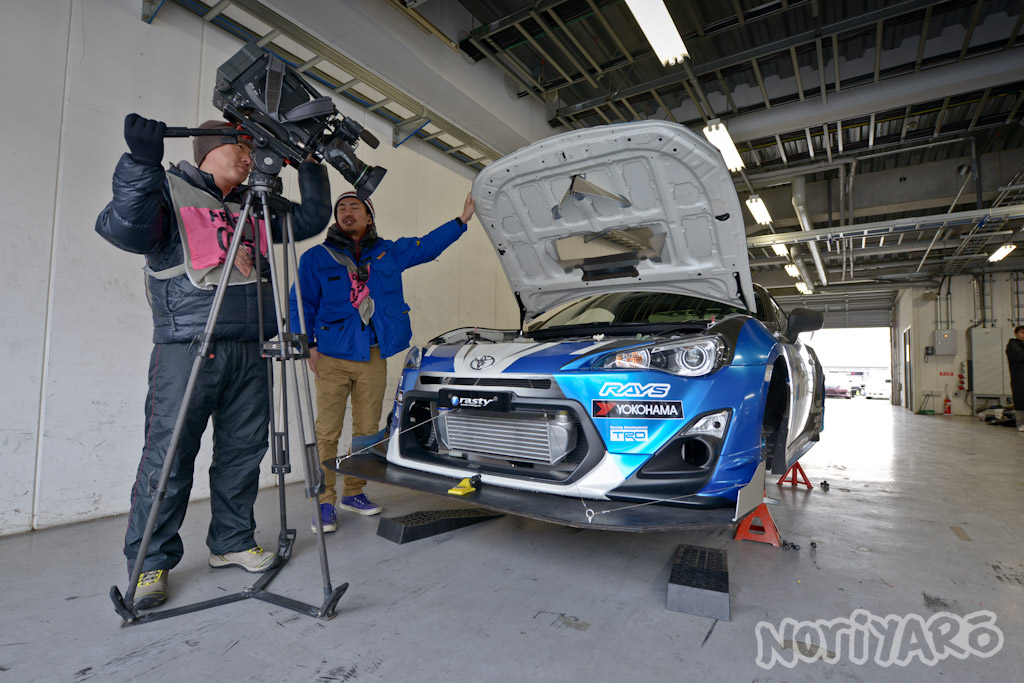 I’d obviously picked the most interesting car to shoot, as Option DVD were following it too. 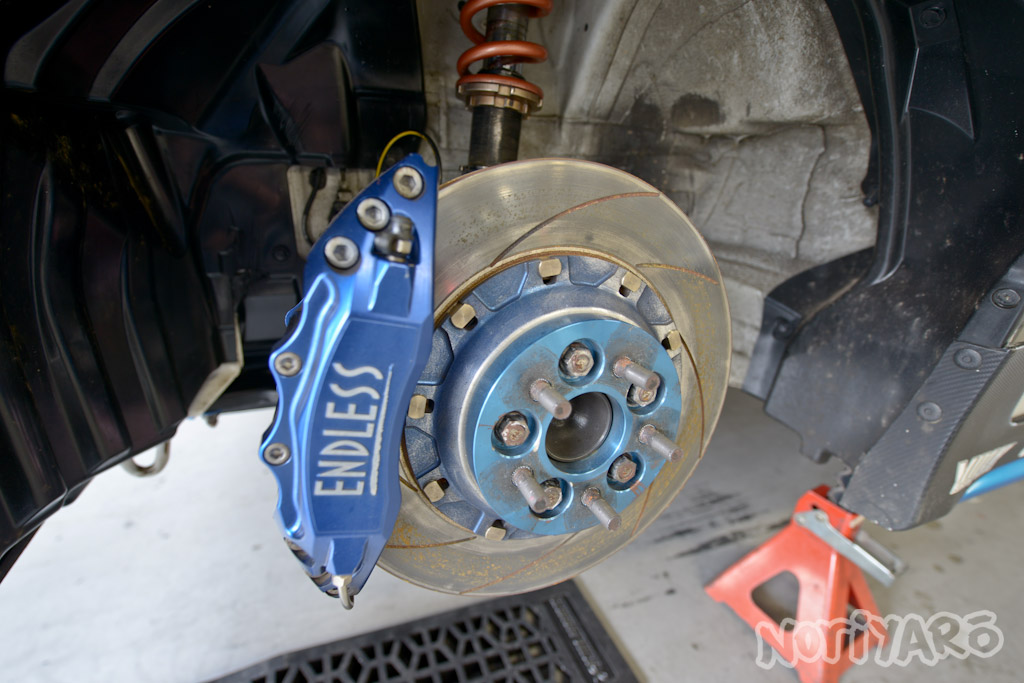 Endless brakes front and rear. The rotors have obviously seen a lot of abuse. 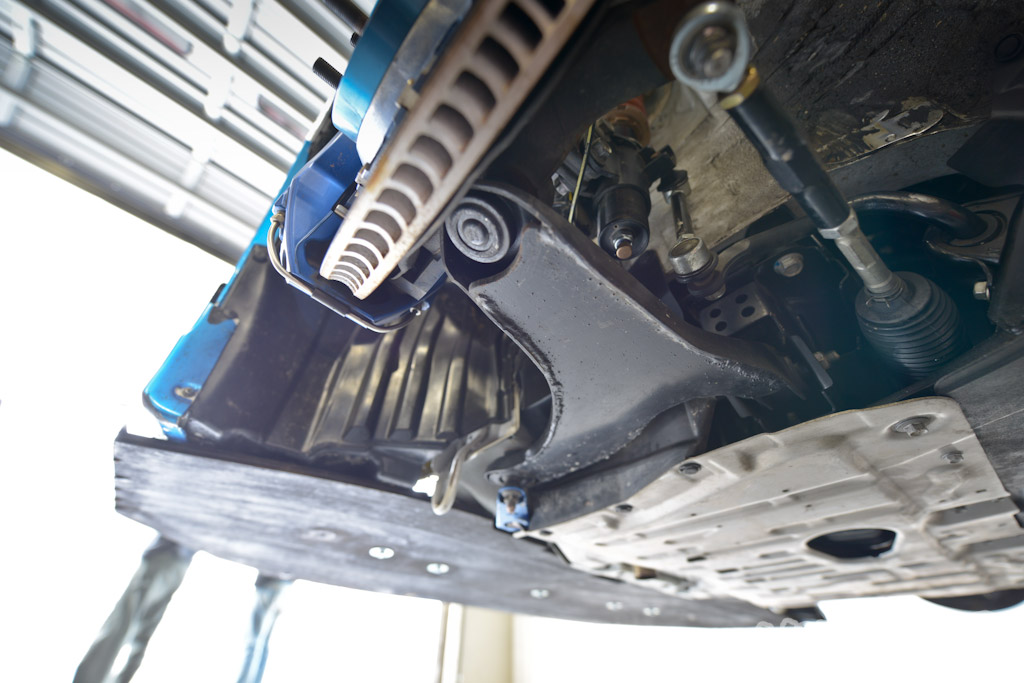 There’s nothing particularly crazy as far as suspension mods go, but the front lower arms have been reinforced with an exceptionally thick steel plate. 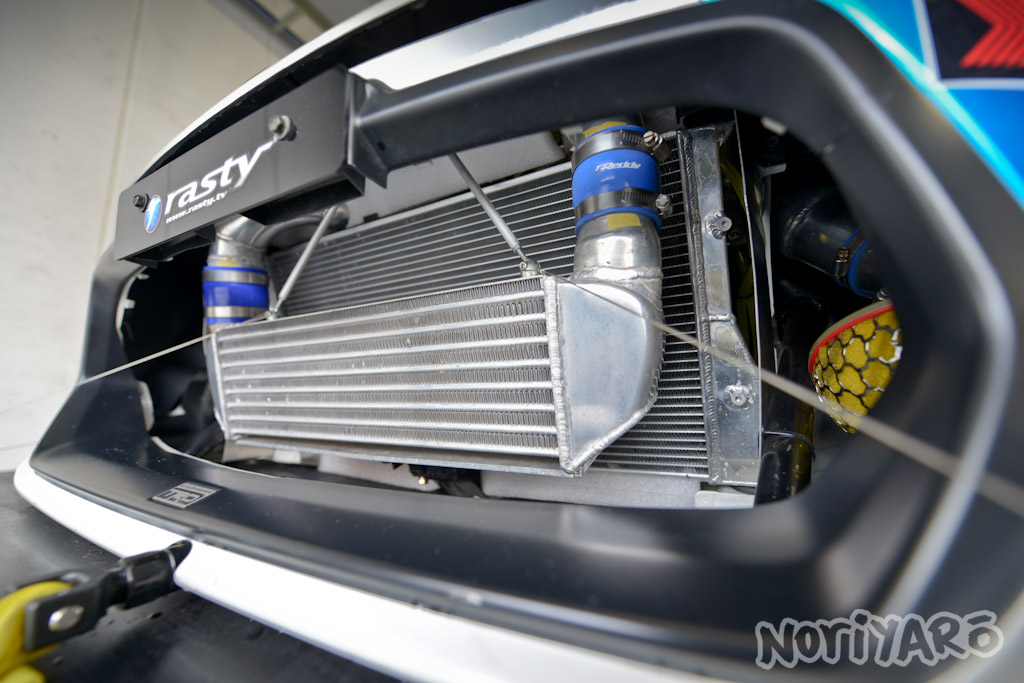 The wide mouth of the front bumper easily feeds to the small intercooler core, large radiator and air filter.

A big oil cooler is mounted on the driver’s side. 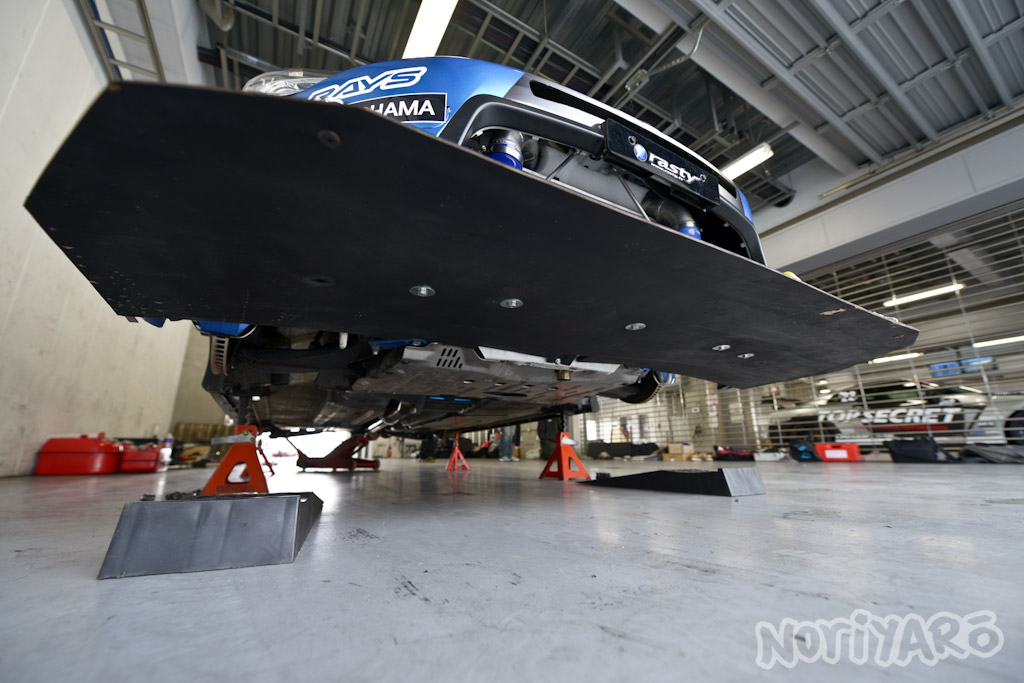 If plywood worked in Formula 1, it can work here too. You can also see the external wastegate dump just behind the crossmember.

Rasty mechanic Imagawa gets the car warmed up and ready for the driver. Imagawa drives a Crown Estate wagon with a super-turbocharged (as in a supercharger feeding into a turbocharger) 1JZ engine that I’m sure some people here would be interested in seeing.

Since the session for the 86 class was only 30 minutes long, the engine and driveline were warmed up in advance with the car sitting up on jackstands. 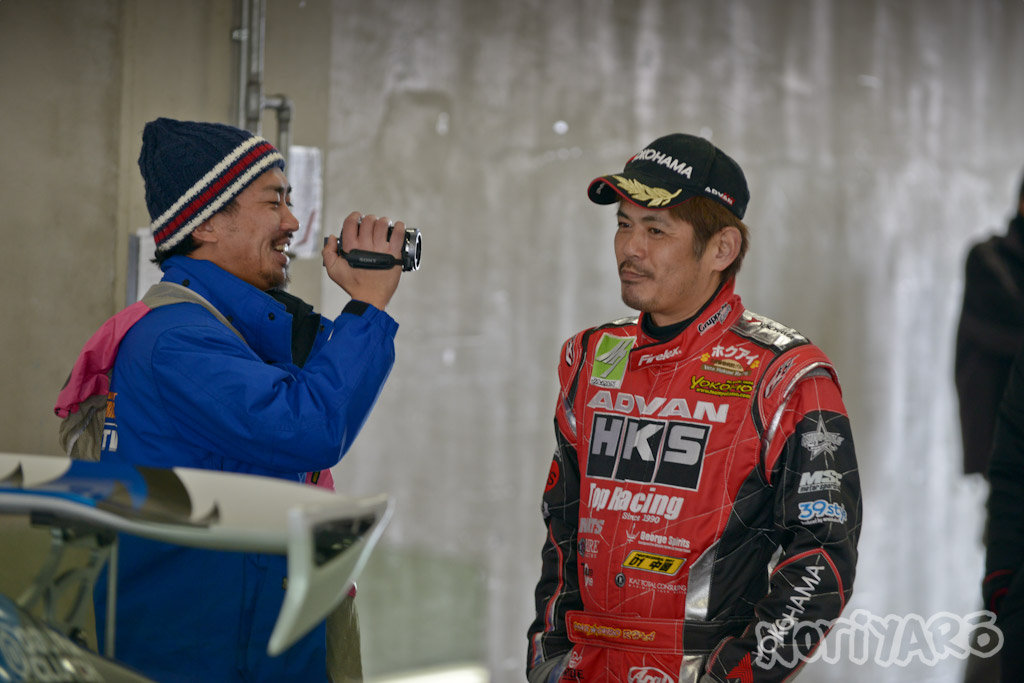 Manabu Orido was the driver for the day. He was also the one who pulled out the 57 second lap at Tsukuba Circuit, so Rasty have continued to keep him on as their driver. Since Orido is extremely familiar with Fuji Speedway, they were hoping for another 86 record here too. Incidentally, Orido runs a CXC Simulations racing simulator business called 130R that has Fuji Speedway as an optional track. 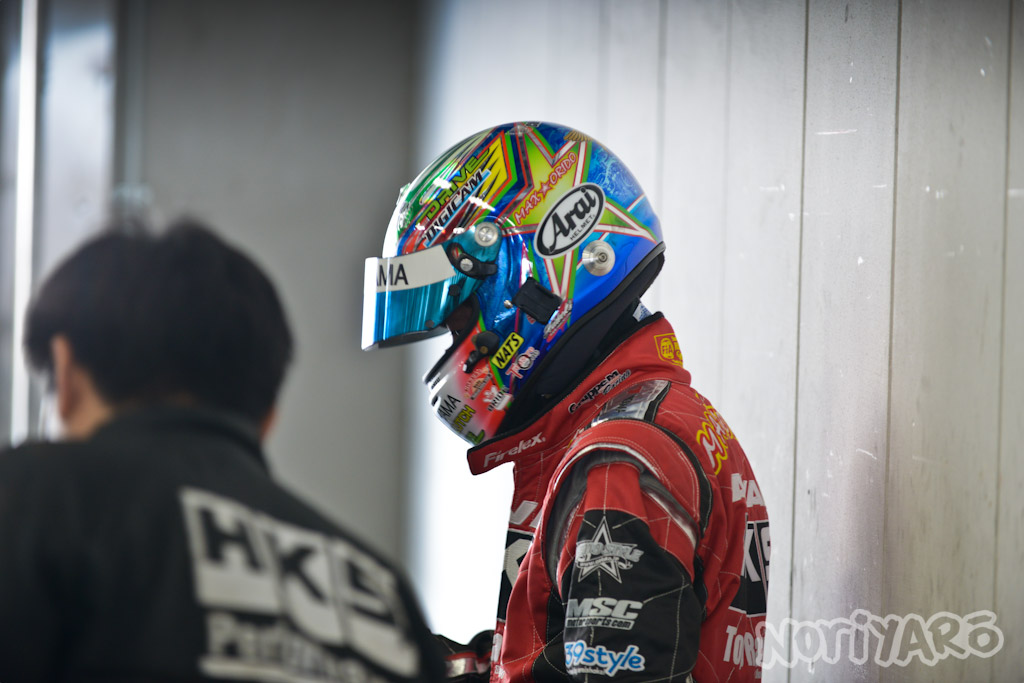 Orido helmeted up as the session for 86s approached. 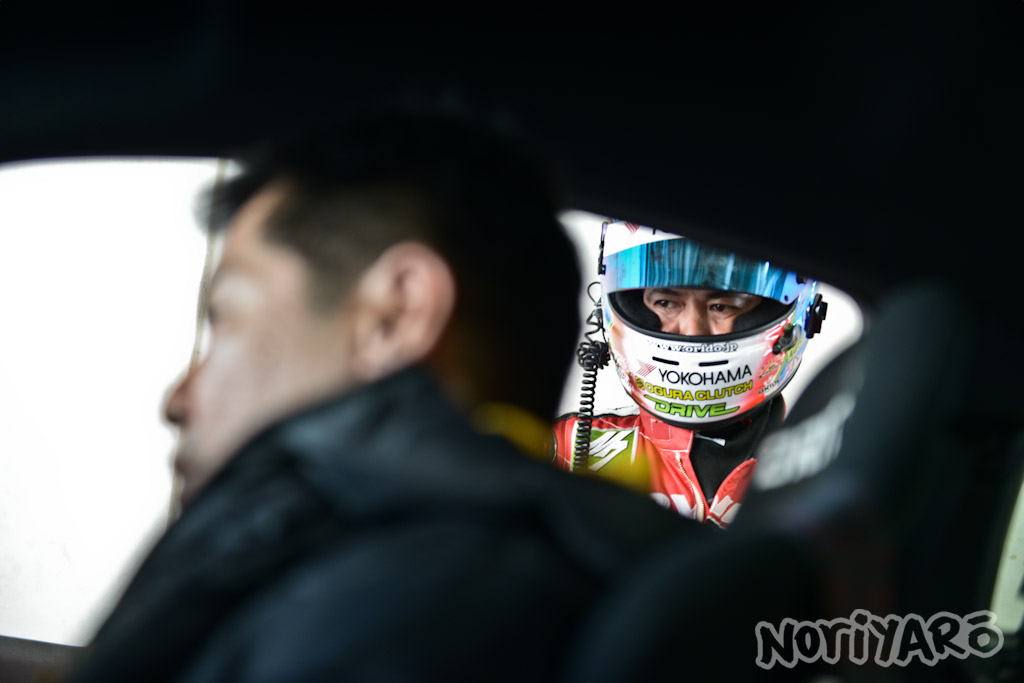 Arita jumped in for some final preparations and checks… 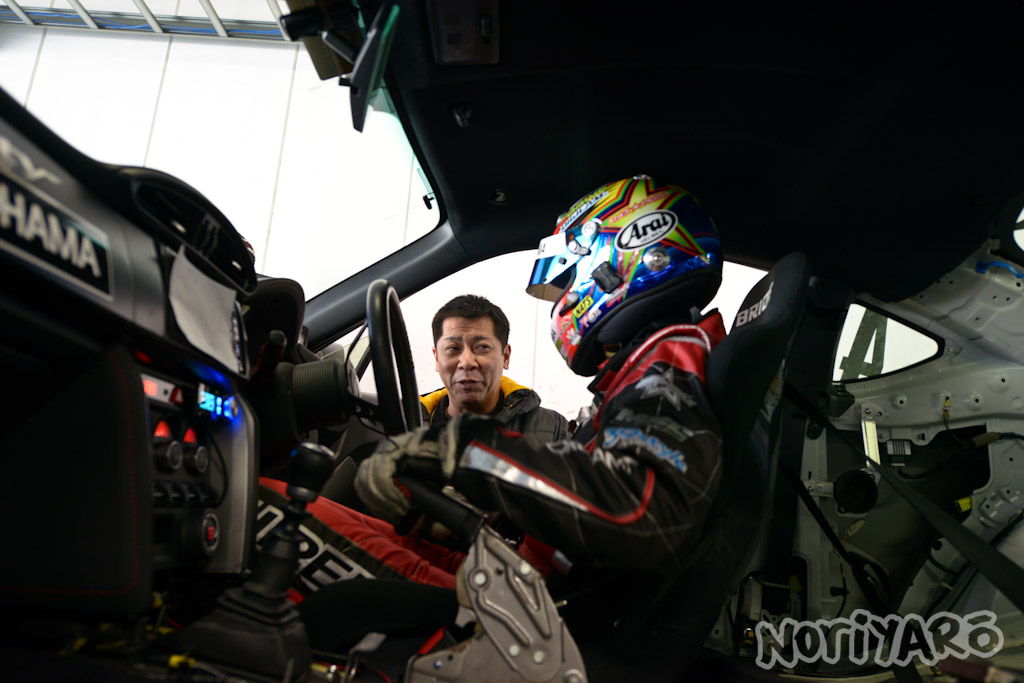 …then handed the car over to Orido. 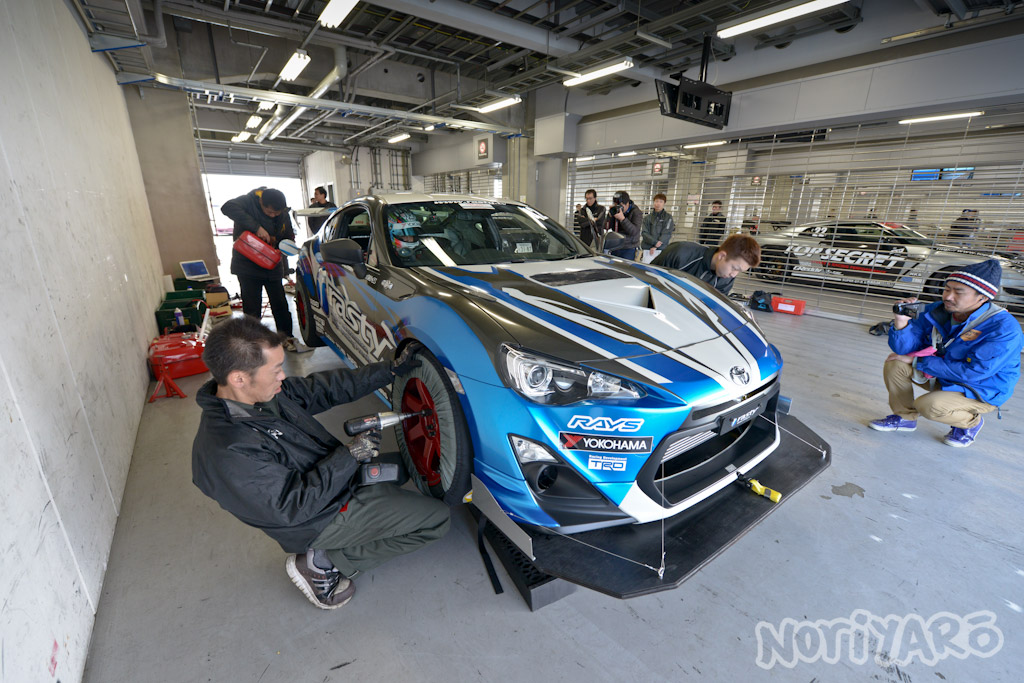 At the last possible second, the wheels were rolled out from the small break room in the background near the paddock roller-shutter, and bolted to the car with the tyre-heaters still attached. While there are electric plugs in the pits, the room has aircon as well, so every bit of heat helps. 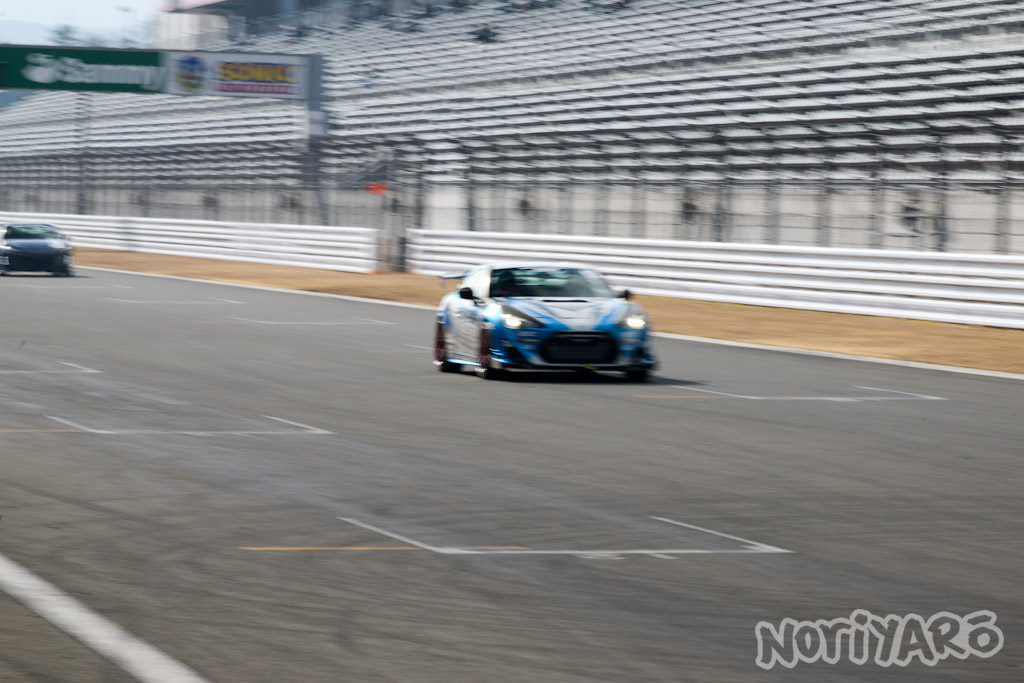 This shot was on the first lap, which was going to be a full-speed attack. Since the car was already warm, Orido had the throttle pinned all the way from the final corner. 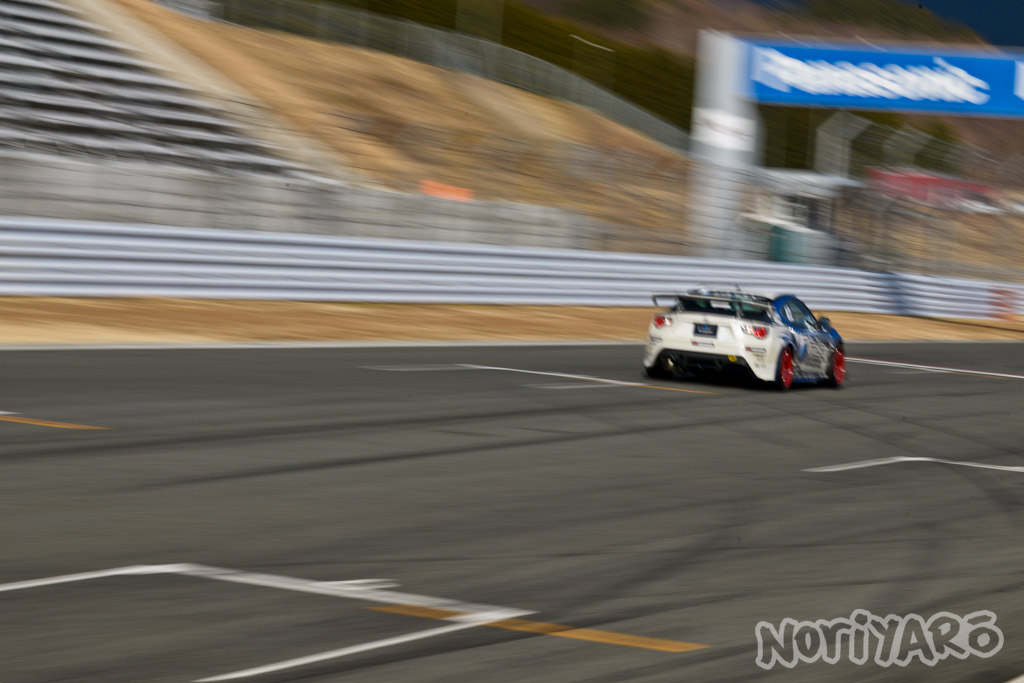 I was intending to catch the car on the following few laps, so these shots were just tracking practice. I hadn’t adjusted the camera’s shutter speed yet.

However, shortly after this shot, an announcement came over the speakers. The Rasty car had stopped on the first corner.