Round 4 of the British Drift Championship was held at Lydden Hill on the 9th/10th of August. This was the second time that the championship would visit Lydden Hill this year. For the first time ever they would be running the track in reverse. 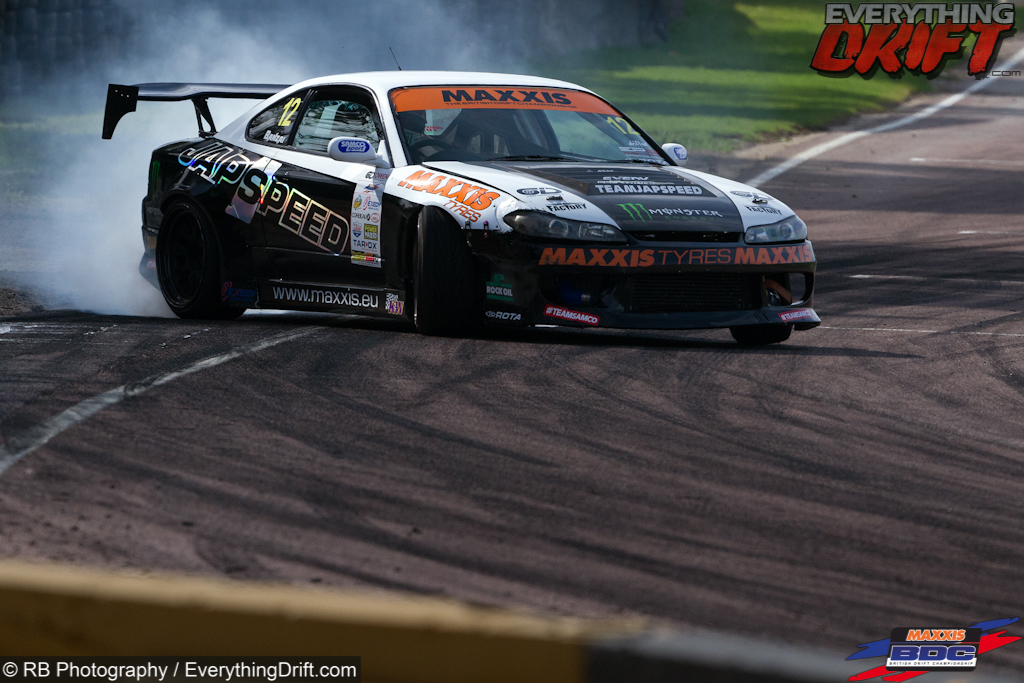 This resulted in the drivers initiating into the now left hander of Paddock Bend as they crested the hill. They would then drop down past the wall and up into the hairpin. 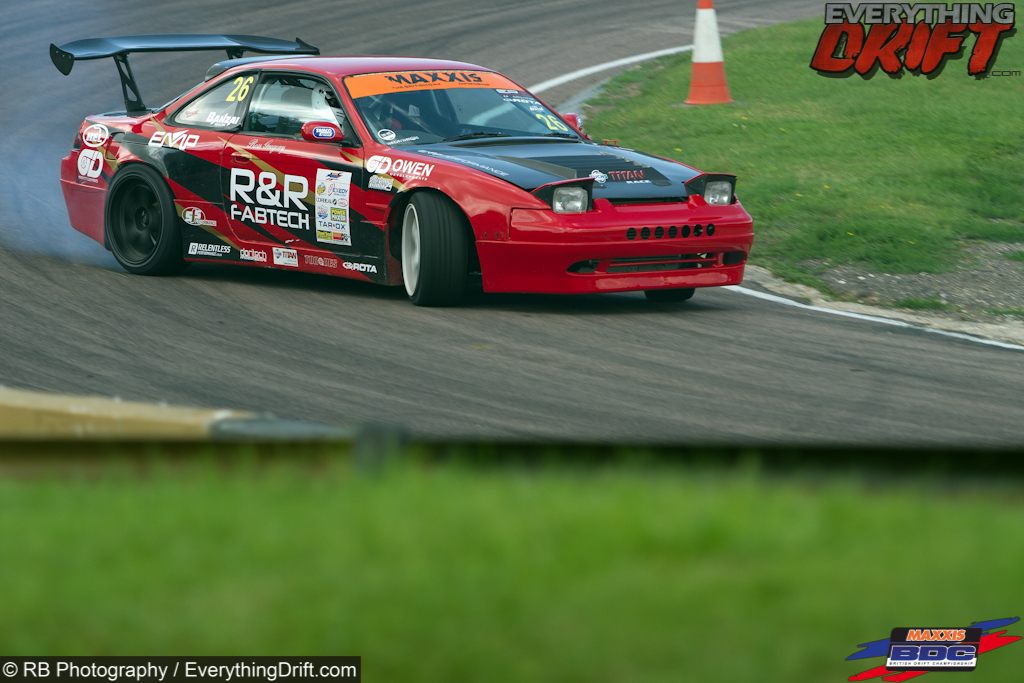 The drivers would then have a rear clipping point on the entry and exit of the hairpin and an inside clip on the hairpin. 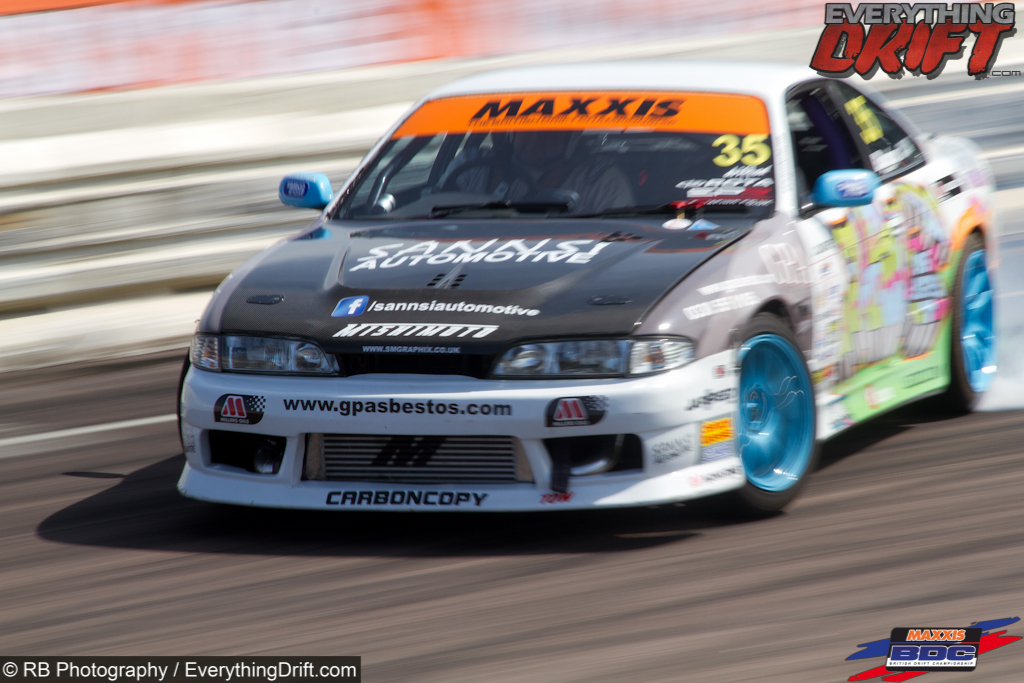 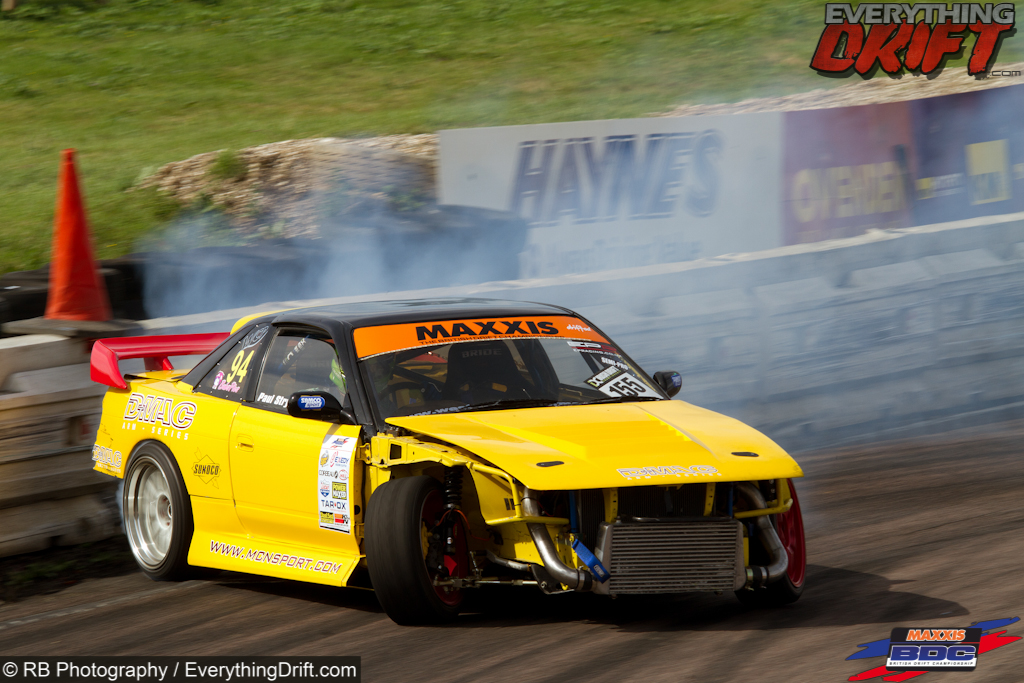 The last corner was the now right handed Devils Elbow with two outside clipping points. 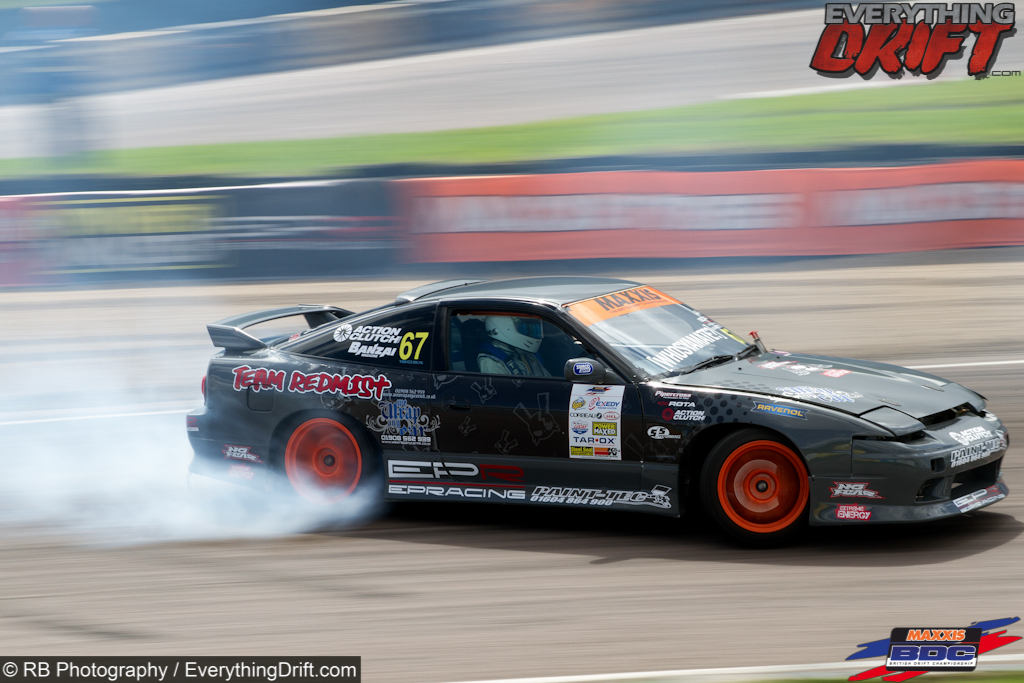 The weekend stuck to the normal format of practice and qualifying on Saturday with the Top 16 for each class on Sunday. Saturday was hot and dry, perfect conditions for some smoky runs. 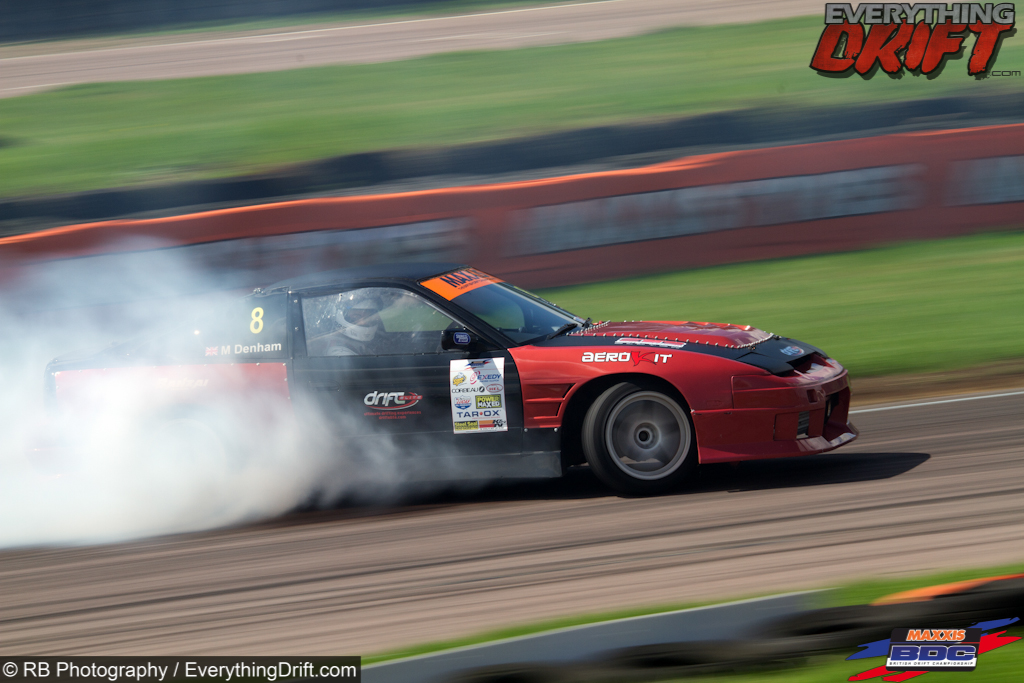 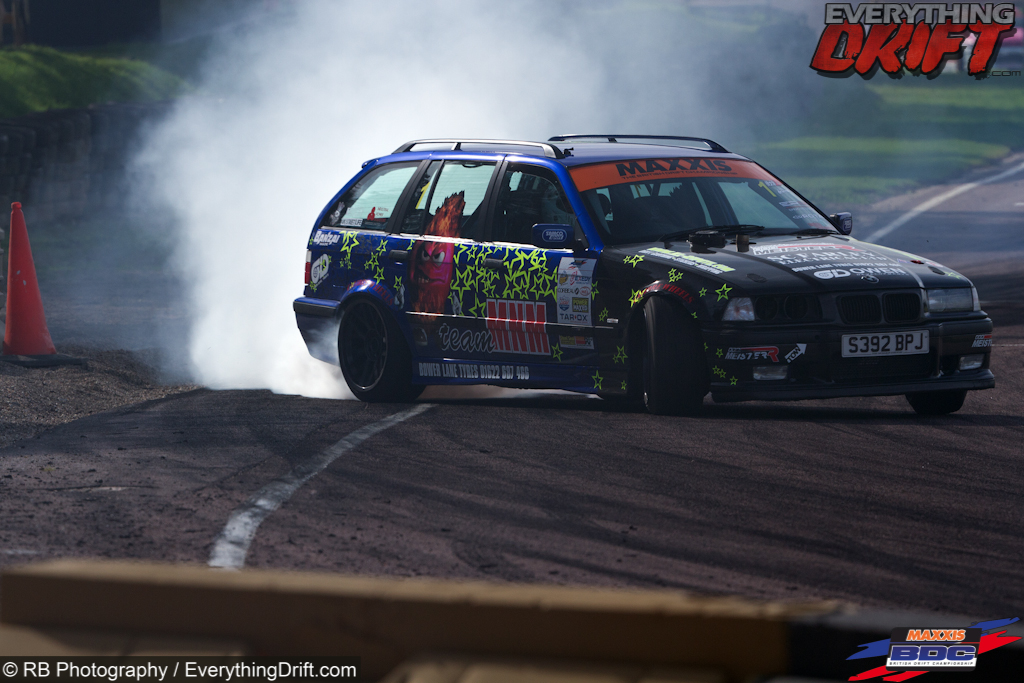 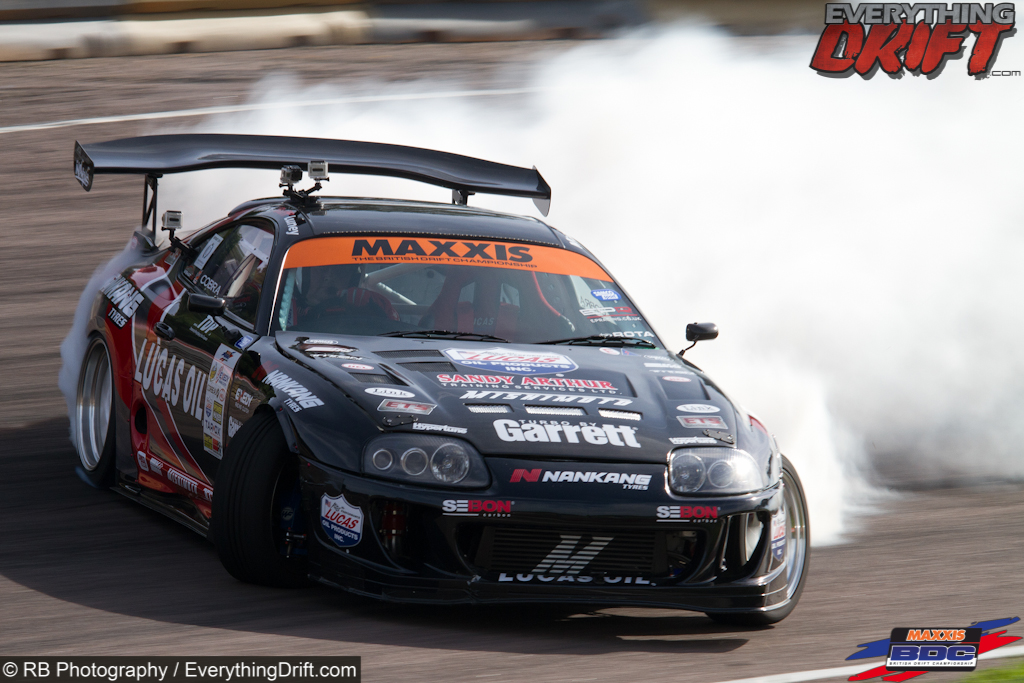 The star of qualifying was Louis Lopez, a score of 98.5 put him top of Super-Pro heading in to the battles. 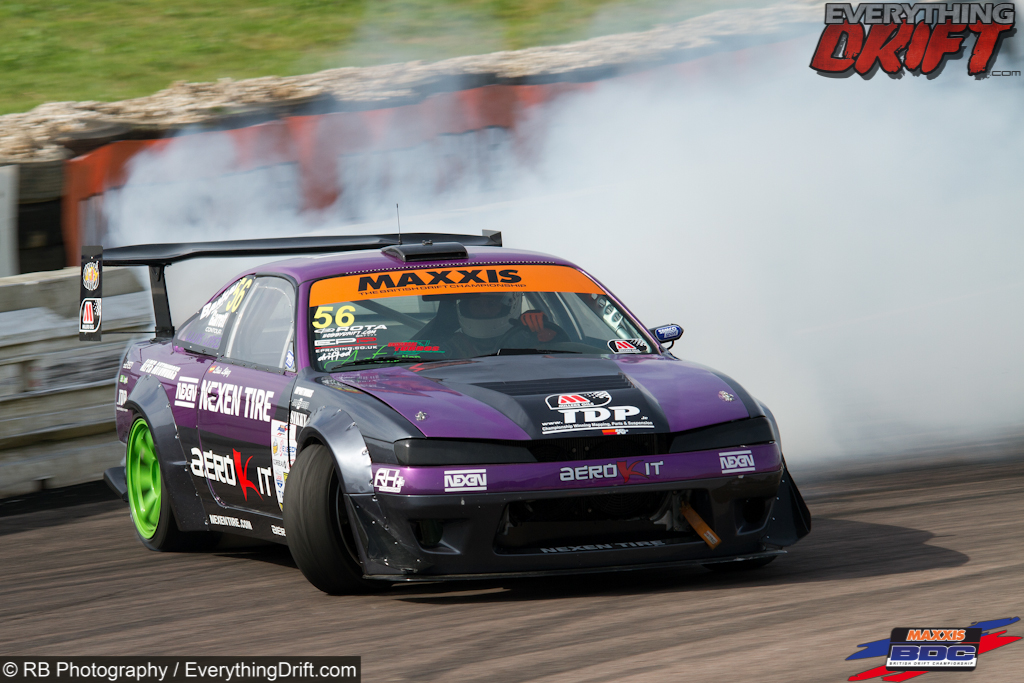 Sunday was wet and cold, the Semi-Pro class had to battle the elements with standing water on the track in a few places. The results after some close battles were Ben Rowland on the top setop of the podium with Mark Glegg and Mike Jankes taking second and third. 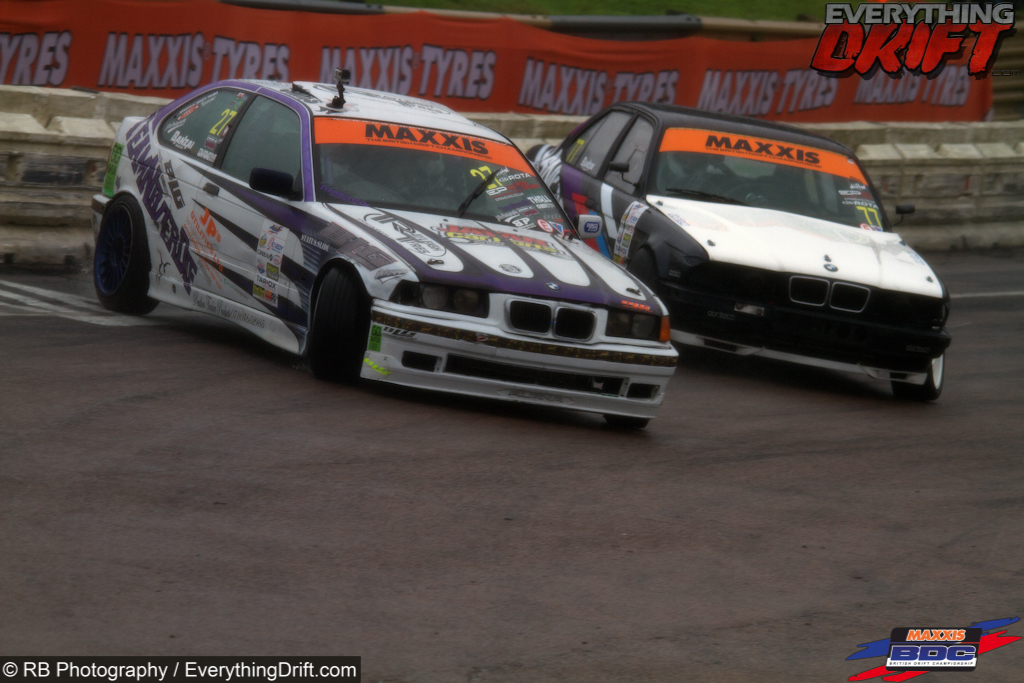 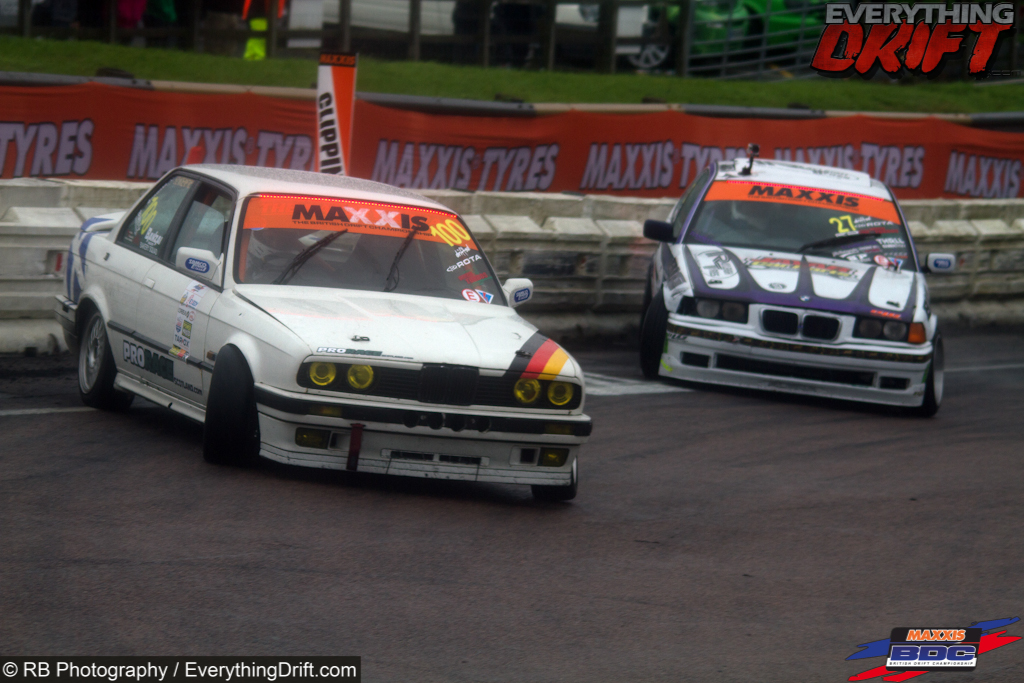 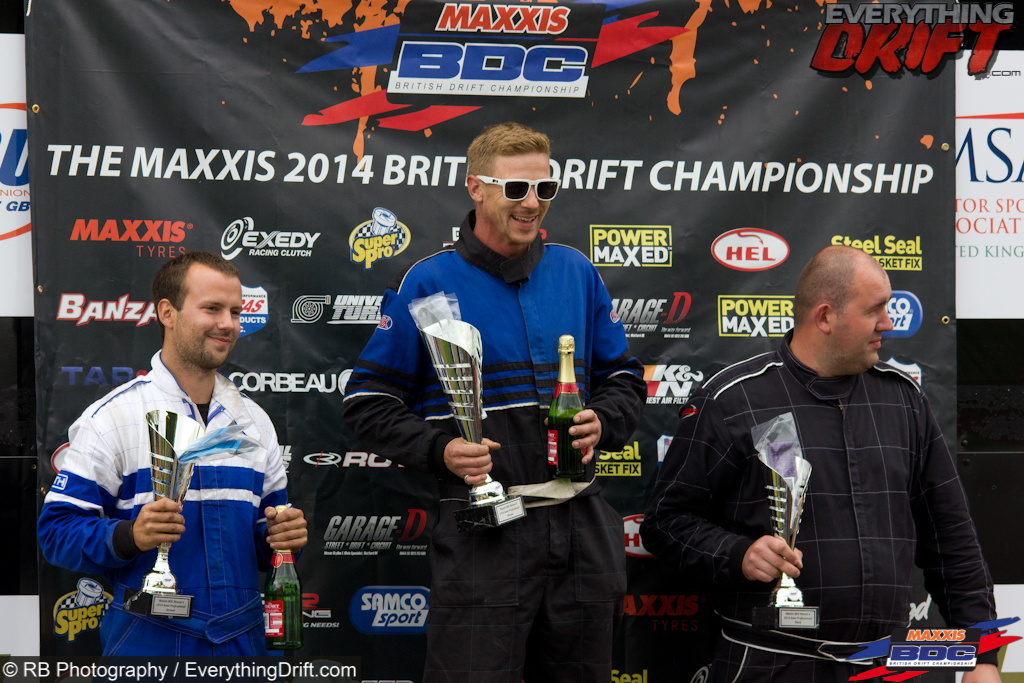 A stand out performance from Fraser Stark that resulted in him earning the Hard Charger award for the weekend, at one point using one hand to keep the rain out of his face whilst driving with a battered car. 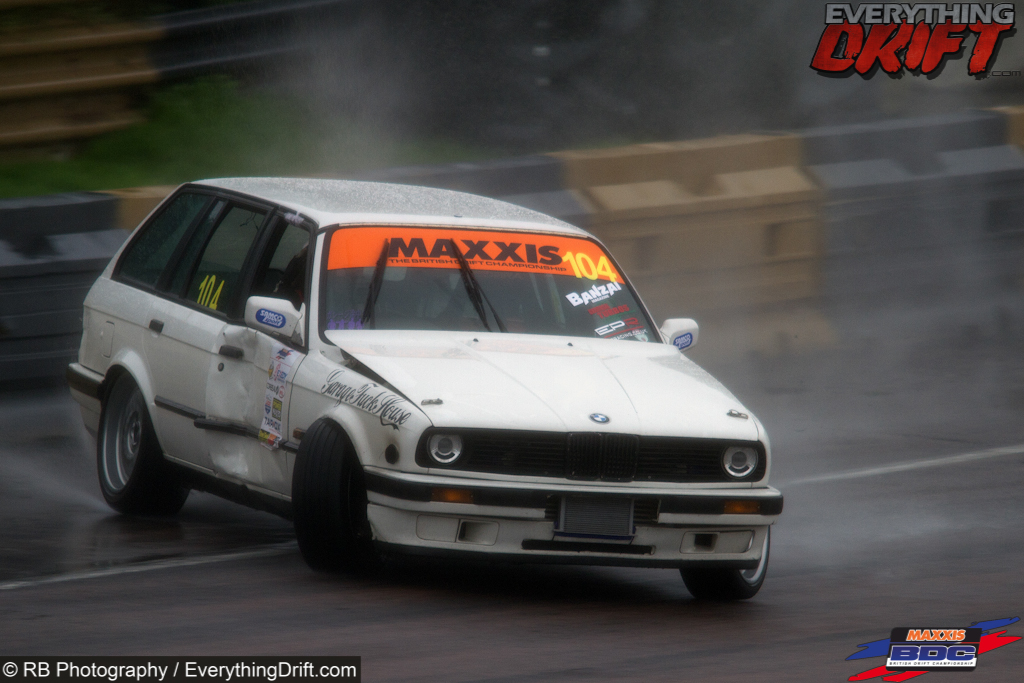 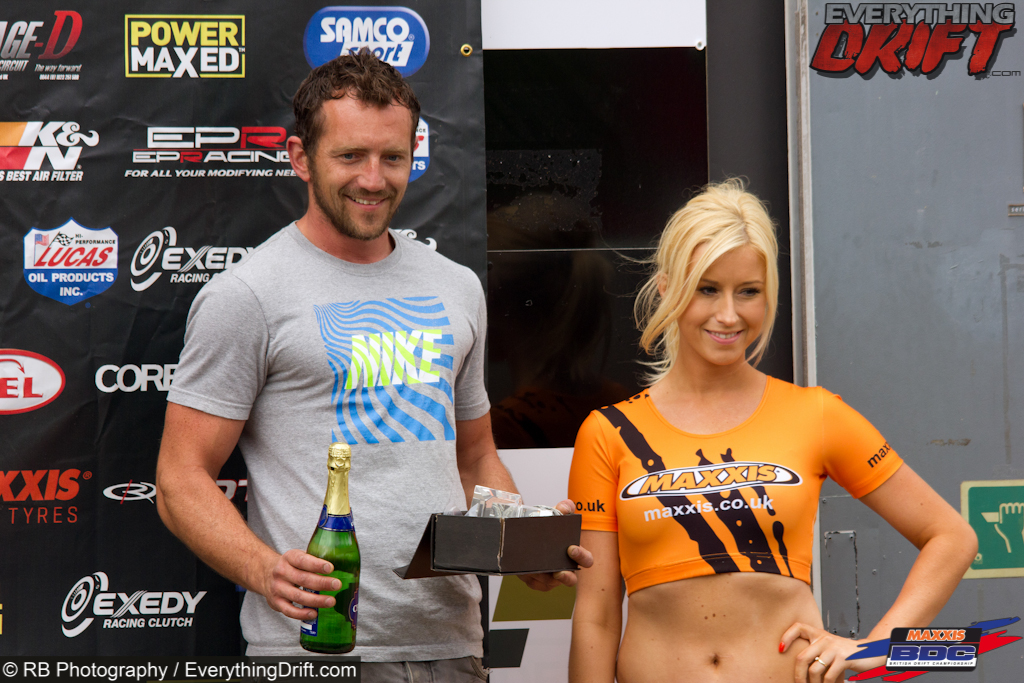 Next on track was the Pro class, the weather hadnt changed and the puddles were only getting bigger. Richard Grindrod would go all the way to the top step of the podium with Adam Weedon and Gary Dunne taking the remaining places. 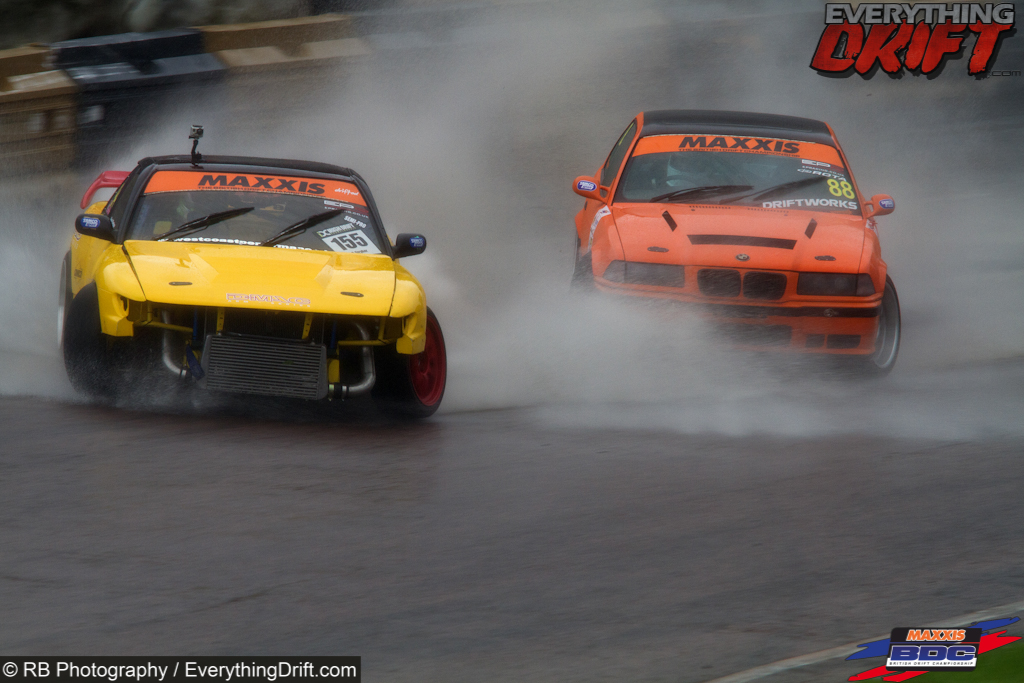 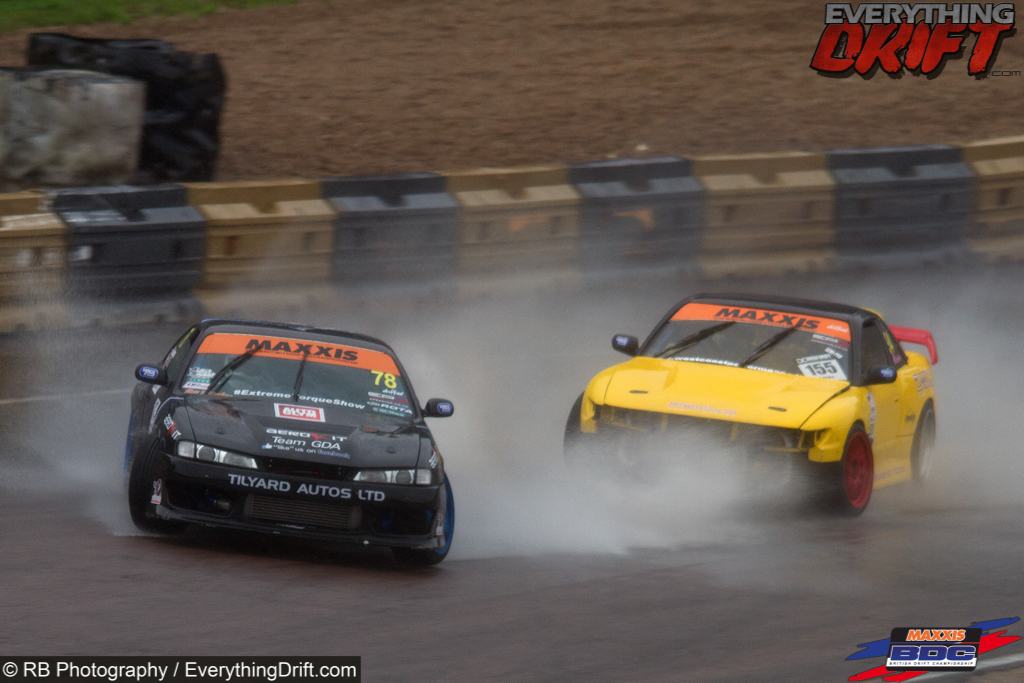 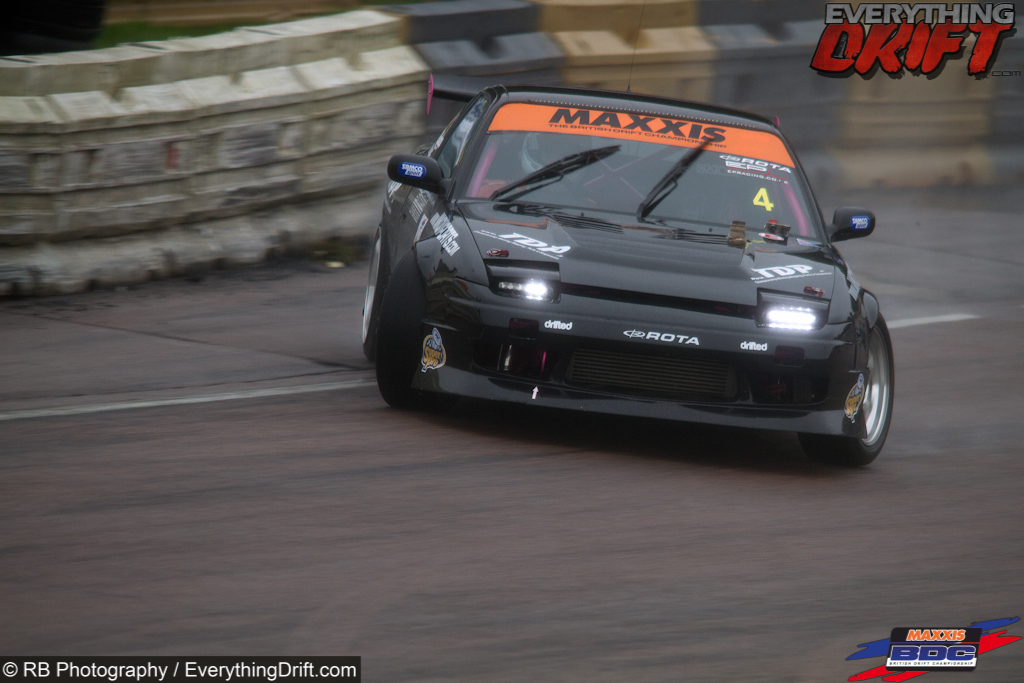 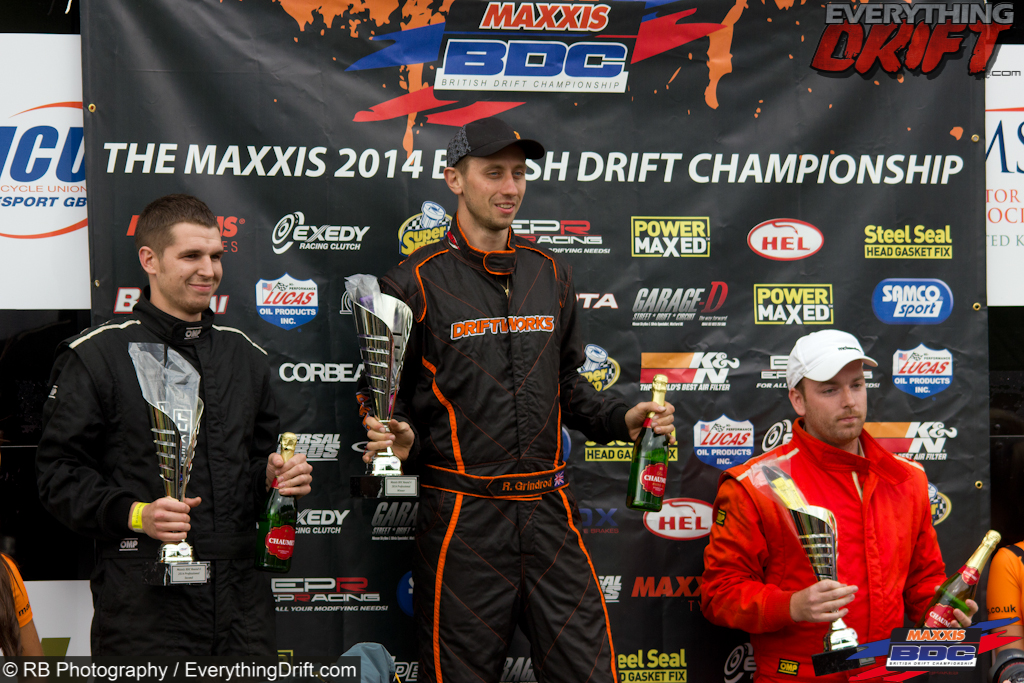 The rain had stopped for the Super-Pro class and it wasnt long before the smoke returned. Louis Lopez was knocked out by Phil Morrison in the Driftworks AE86 on his run to third place. 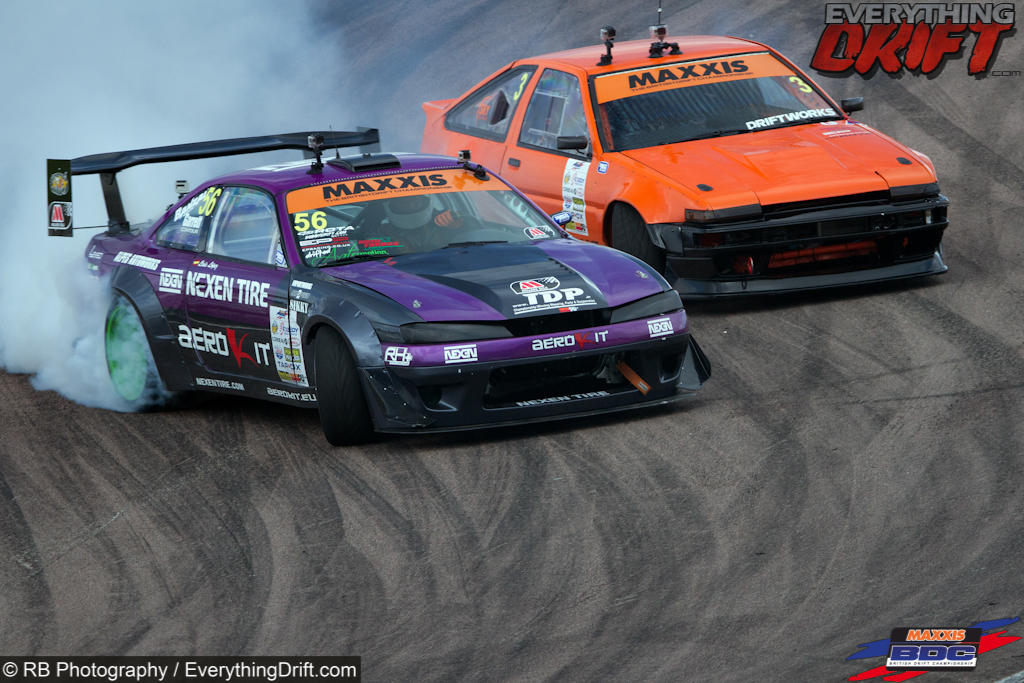 David Waterworth had a close battle with Mark Luney before heading into the final against Shane O’Sullivan. 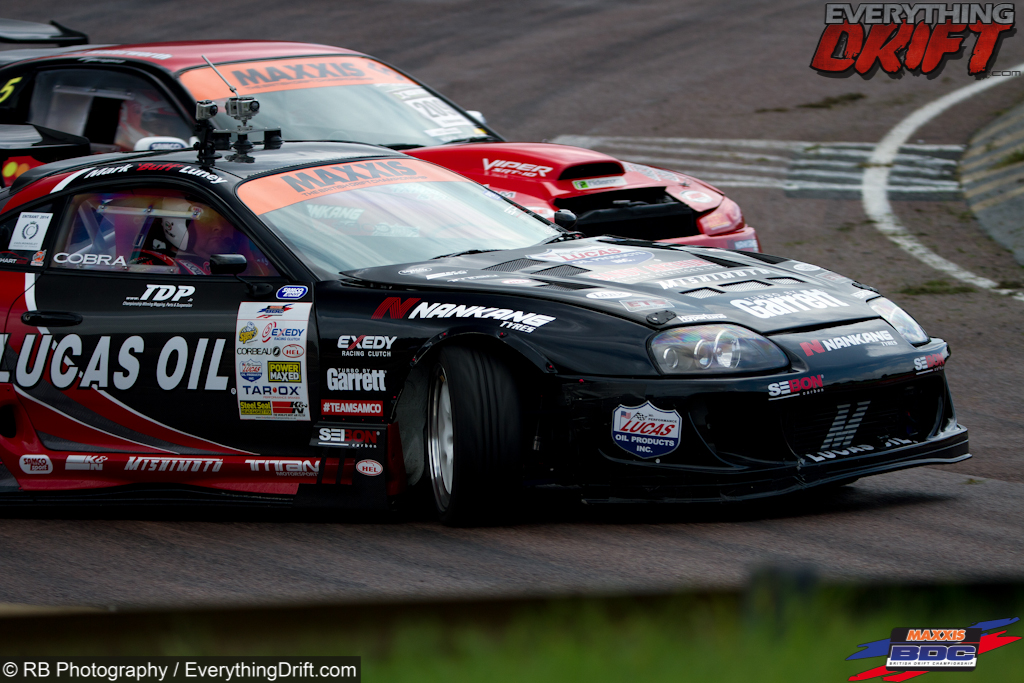 Shane O’Sullivan would go on to take his second win in a row and extended his lead in the Super-Pro class with only two rounds to go. 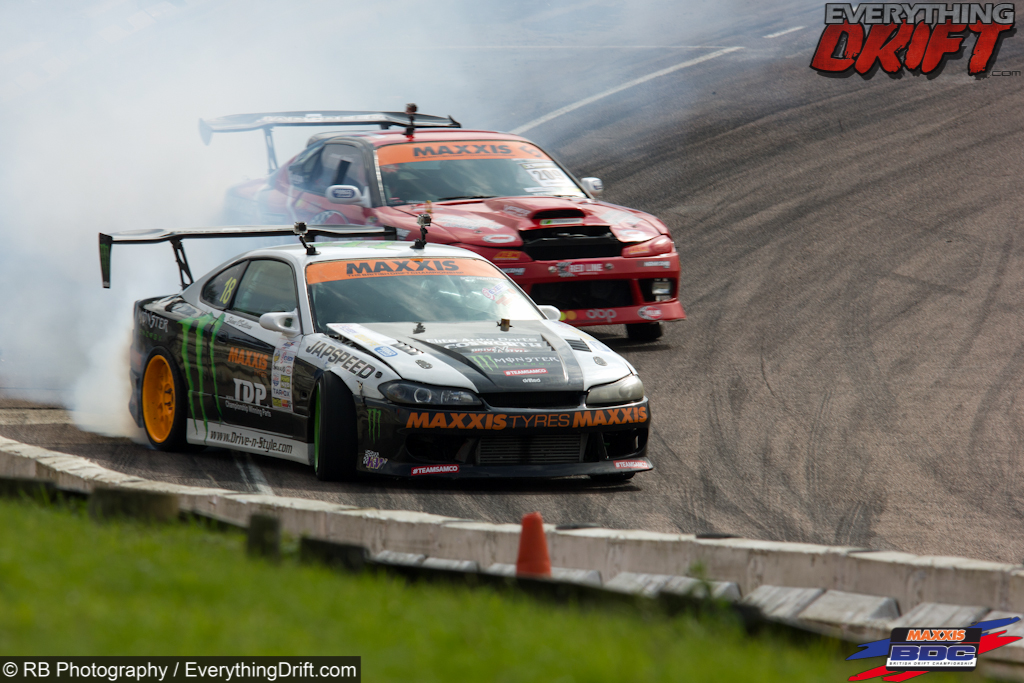 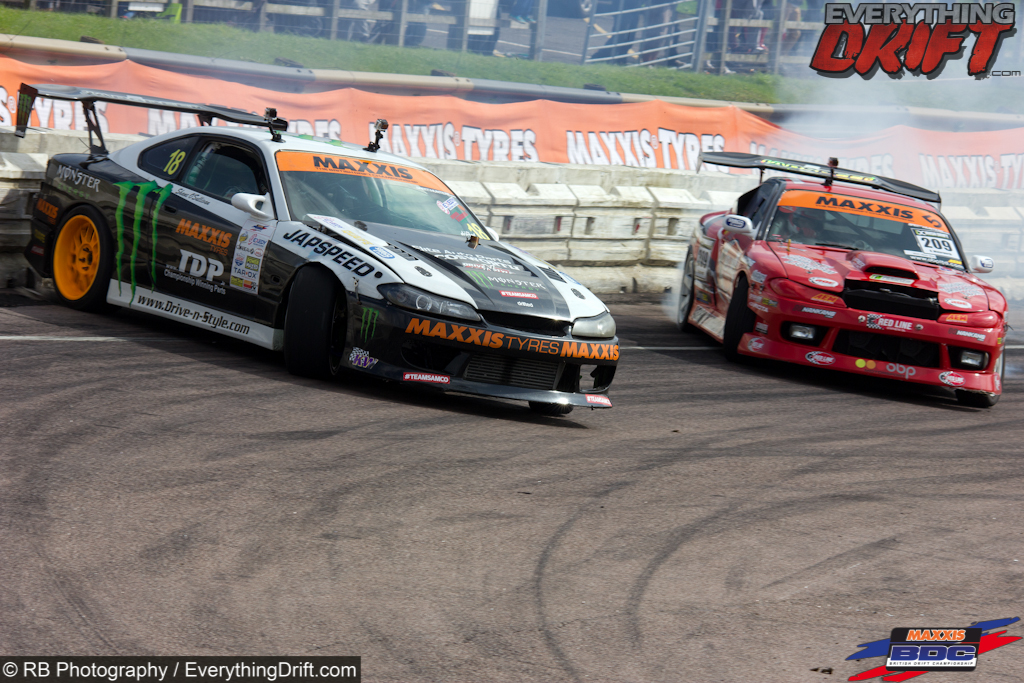 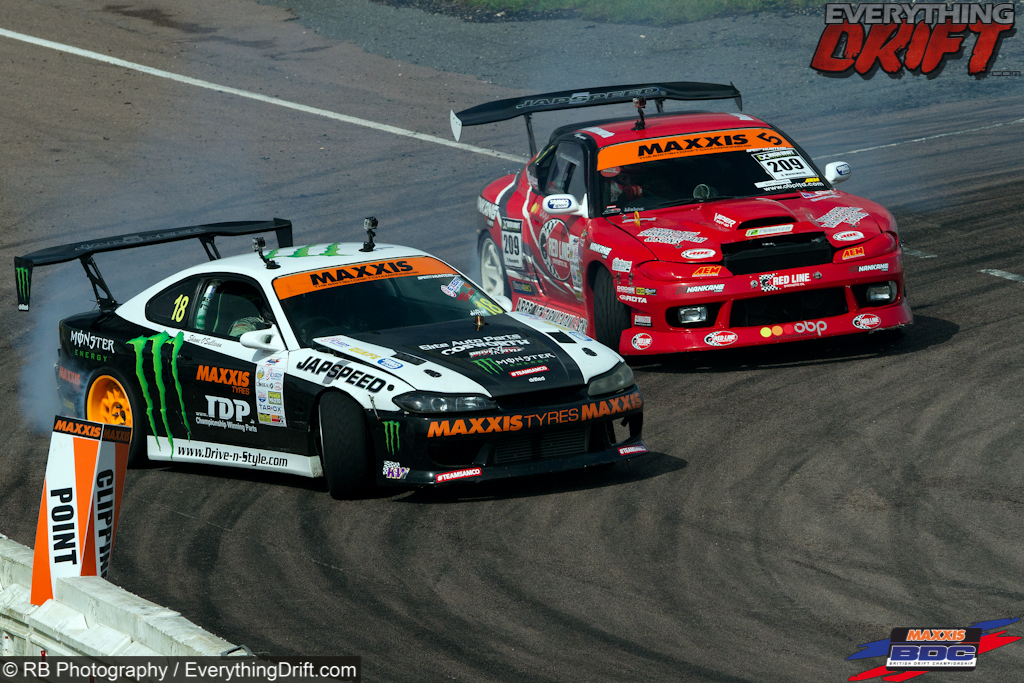 Shane’s car had a few battle scars but the champagne makes it all worthwhile. 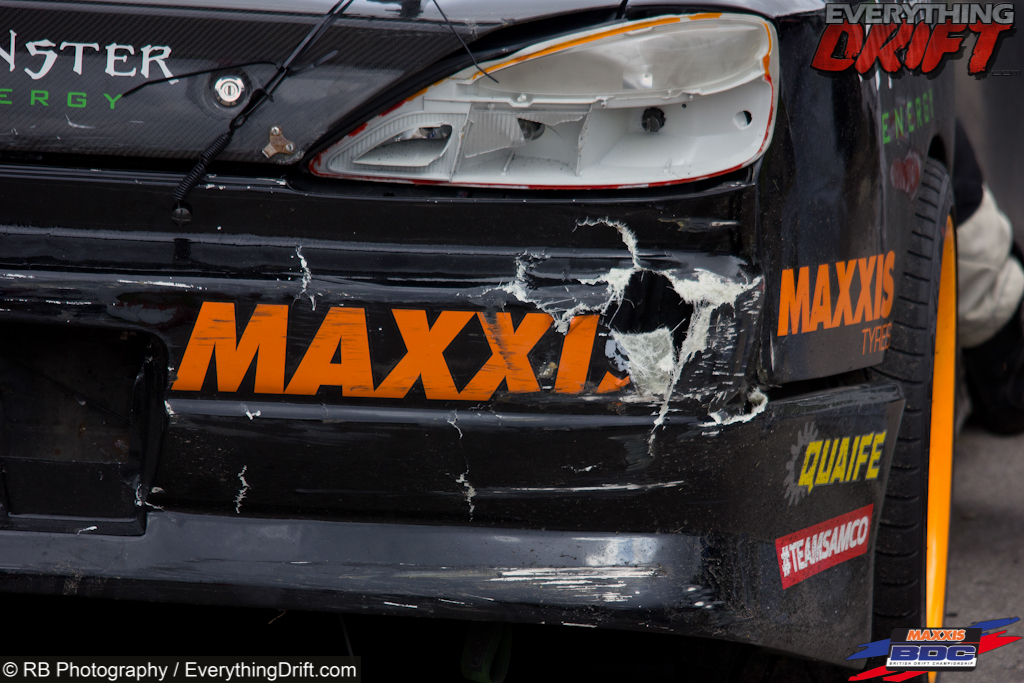 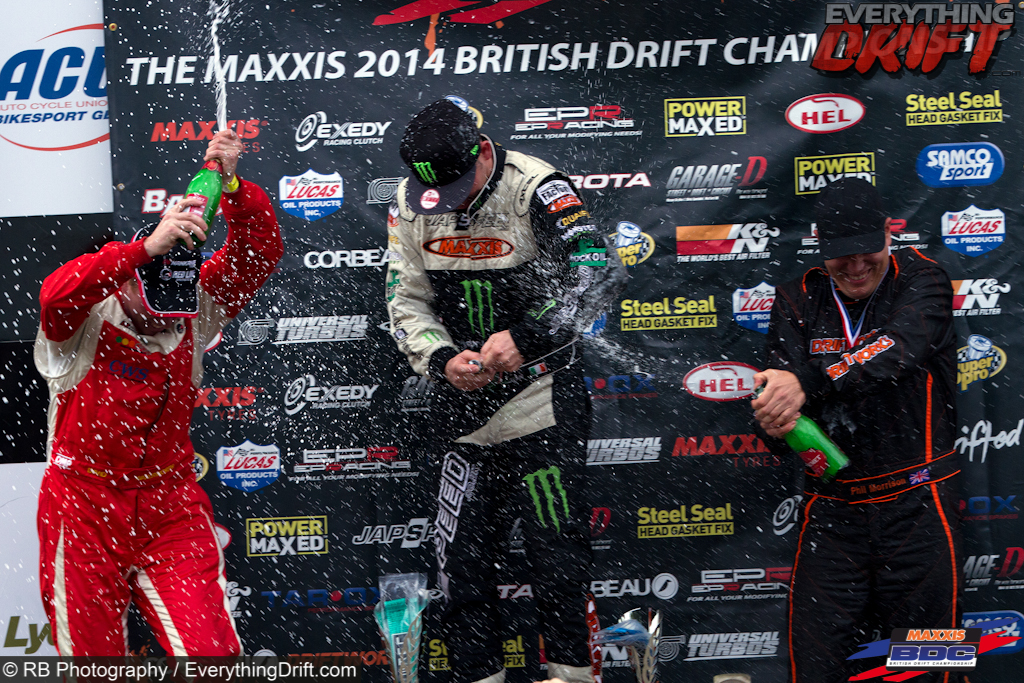 The next round takes place at Silverstone as part of the Trax Show. This is an event for Super-Pro drivers only so you can be sure to see the best drifting in the country.

Get your tickets here – http://trax.seetickets.com/event/trax/silverstone-circuit/756958/